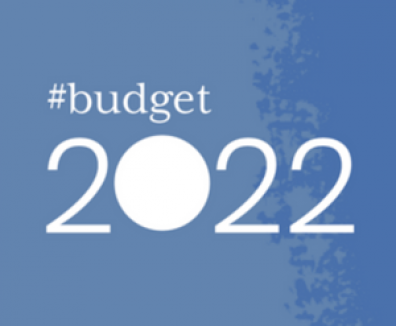 Launching its new digital campaign #CareEconomy and Pre-Budget Submission 2022 today (Monday, 27th September), the National Women’s Council (NWC) called on the Government to invest in vital public services and social infrastructure, in particular a public, not for profit childcare model, in Budget 2022.

Women entered the pandemic from an already unequal place and the Covid-19 crisis has amplified these inequalities. This included an increase in women’s care responsibilities, a disproportionate impact on women’s employment and health, an increase in violence against women and mounting pressure on community services.

NWC’s #CareEconomy campaign highlights crucial areas in Budget 2022 to address these inequalities and calls on the Government to make investment in the care economy a hallmark of Budget 2022. The campaign will be running for three days, 27th -29th September 2022.

Care Economy as a hallmark of Budget 2022

“The pandemic has demonstrated the importance of care for our society. There is huge potential in investing in the care economy as a foundation for our social and economic recovery. This must include investment in our public services, including childcare, universal healthcare and social services.

We are calling on the Government to use all of the fiscal and monetary levers at its disposal to build our social infrastructure and public services and fight climate justice, including borrowing at low interest rates and generating tax revenue through fair taxation. This will create healthier and more equal societies which will support employment, sustainable productivity and additional tax revenue.”

Specifically, NWC’s campaign highlights the need to invest in childcare, better paid family leave, a universal pension for all and an increase in social welfare payments.

“Childcare is vital for a functioning labour market and women’s equal participation in public life. Budget 2022 is our opportunity to significantly increase investment in a public, not for profit childcare model, rising to the OECD recommendation of investment of 1% of GDP over time. International evidence shows very clearly that a public childcare model is the best way to ensure access to affordable, quality childcare for families and decent pay and working conditions for childcare workers.

Investment in the care economy must include investment in paid parental leave schemes, flexible work and a work life balance that allows men and women to combine with work care and other interests. However, our current system of limited paid family leave is much lower than the EU norm and does not provide adequate income for families. NWC calls on the Government to not only increase the duration of leave but to increase the rate of maternity, paternity and parental benefit to €295 per week to ensure parents have a real choice in taking up family leave.”

“On average, women have 29% less pension income than men. We need urgent reform in our pension system that is based on an outdated male-breadwinner model that discriminates against women.

The starting point must be a Government commitment to develop a fully individualized, universal State pension as the best way to tackle structural inequalities and gender discrimination in our pension system. In addition, NWC is calling on the Government to remove the 20-year cap on caring contributions and to allow women born before 1946 to access the Homemakers and HomeCaring Periods Scheme.”

“At the beginning of the pandemic, the Government acted quickly to introduce enhanced income supports for those who jobs were affected by the pandemic. However, Budget 2021 did not follow through with much needed measures to increase core social welfare rates and address longstanding gender inequalities in our welfare system. We ended up with a two-tier system with those on existing welfare payments, predominantly women, receiving less income support.

“NWC is deeply concerned at the lack of attention to gender equality in economic decision making. Investments have tended to focus on boosting jobs within male-dominated industries such as construction and energy, despite the stronger impact of the pandemic on female dominated sectors.

NWC calls on the Government to gender and equality proof all Budget 2022 measures and publish a gender equality impact statement with the Budget with disaggregated data on Travellers, ethnicity, disability and other equality grounds.”