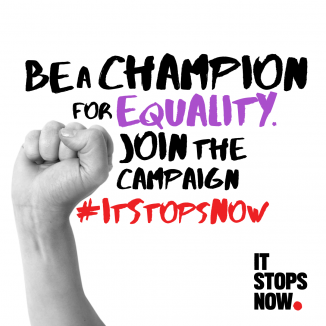 NWCI is pleased to announce the publication of the first ESHTE Project Report, A Review of Data on Prevalence of Sexual Violence and Harassment of Women Students in Higher Education in the EU.  The report provides an overview of EU level data and research and includes a country level report prepared by NWCI, Mediterranean Institute of Gender Studies Cyprus, The Women’s Issues Information Centre Lithuania, and Rape Crisis Scotland. Data from Germany and Italy has also been included.

The review reveals that at both general EU and country specific level a shockingly high number of women students are experiencing some form of sexual violence and harassment related to their lives in higher education. In Ireland this means 11% of women students surveyed have been subjected to unwanted sexual contact, 5% were rape survivors with further 3% survivors of attempted rape, and 31% of women reported feeling harassed, including 19% being physically groped. The ESHTE project is working to challenge this reality and despite the limitation of data and research available as outlined in the report, including the almost complete lack of data on how sexual harassment and violence impacts women students with disabilities and ethnic minority women students, being able to name the broad scope of the problem is an important step.

We also welcome the decision of the Monitoring Committee for the National Strategy on Domestic, Sexual and Gender-Based Violence to include the ESHTE Project in the National Action Plan. The inclusion is a first for an NGO and we believe it is a significant move toward ensuring that the hard work of students, the Union of Students in Ireland in particular, but also higher education institutions, can be shaped into a meaningful and sustainable framework for change. We look forward to continuing our very productive relationship with Cosc who have been very supportive of the project and of the submission for inclusion in the National Action Plan.

To help kick-start the ESHTE awareness campaign:  'It Stops Now,' NWCI will host a Student Campaign Focus Group on the 19th October to identify key themes and creative ways to capture our strong message and vision to create a 'zero tolerance' approach to sexual harassment and violence in third level education. The student voice is central to our campaign and we look forward to working closely with students across Ireland who support our work and are able to share their views on how we can ensure they are being heard and respected when it comes to tackling and combatting this serious and widespread issue.