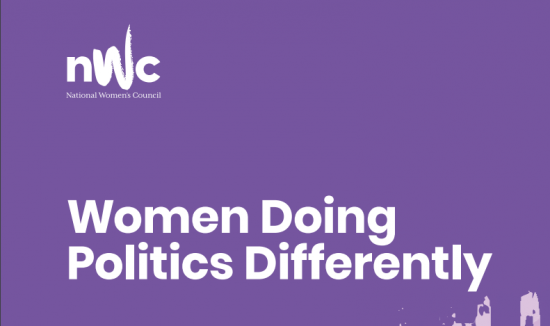 Women’s caucuses have been established in political institutions around the world to strengthen cross-party cooperation among women politicians and to enhance the recruitment of new women candidates. Drawing on extensive research with women councillors and other key stakeholders, this report makes the case for the establishment of local or regional caucuses in local government in Ireland and includes recommendations for the Department of Housing, Planning and Local Government and Local Government.

The report highlights significant interest amongst women Councillors across all political parties and non in establishing local caucuses with 49% very interested and 42% somewhat interested, reaching a combined interest level of 90%.

“Representation of women in politics remains unacceptably low. At local level, only 25% of Councillors are women with significant differences between rural areas and urban areas. This research clearly highlights the benefits of local and regional caucuses to increase cross party cooperation and improve women’s political representation at local level.

But in order to work, women’s caucuses need support. We are calling on the Department of Housing, Planning and Development to provide funding to women Councillors interested in setting up a caucus as well as local authorities and women’s organisations that can provide support to local and regional caucuses. In addition, we need to see a renewed focus on other measures to increase women’s political participation, including gender quotas for candidates in local elections and maternity leave for women politicians.”

Claire McGing, Gender and Politics researcher and author of the report said,

“Women who become involved in politics are still entering an extremely male dominated world and structures. Regional and local caucuses can be a really effective tool for women to come together and discuss the key issues that are important to them, irrespective of party political or ideological differences. In particular for newcomers, they can be an effective support and space for informal mentoring and sharing of information.”

“I am delighted to support this important piece of work undertaken by the National Women’s Council of Ireland. Research reports such as this allow us to take a further step towards our shared objective of equal representation in local government.   The establishment of a female caucus at local level would be a significant measure which I believe will work towards creating a better environment for female councillors. From my own days as a councillor, I have seen first-hand the issue we have with the retention of highly skilled women in local government. I believe that we should look at methods to create an environment where councillors are encouraged and supported to stay on in local government, and their issues addressed.  Establishing a female caucus at local level will support female councillors and I am pleased to be involved in the research.”

"Caucuses provide the glue that women councillors need to work together on a people-centred agenda regardless of the political parties that the members belong to. Further, they provide space for knowledge sharing, skills enhancement, and sisterhood that are important for advancing issues that may be at the periphery of a legislative agenda notwithstanding the benefits that they may have for especially women and girls."

In addition to the research, NWC also launched guidelines providing practical tips on how to set up local and regional caucuses.

The research was supported by the Department of Housing, Planning and Local Government

For more information or to set up an interview, please contact Silke Paasche, Head of Communications, NWC, Tel. 085 858 9104, silkep@nwci.ie