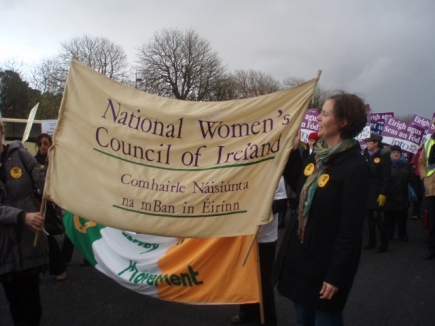 On Friday the 6th November the National Women's Council of Ireland and its members throughout Ireland took part in the ICTU Get Up Stand Up Protest marches. We called on Government to protect women, families and communities and to recognize that those who benefited least from the Celtic Tiger years must not be the ones to pay for its demise.

We demanded a better fairer way forward, which puts equality, justice and inclusion at its core. We marched to promote our slogan ...No Going Back... and to demand that the gains that women have made must not now be lost.