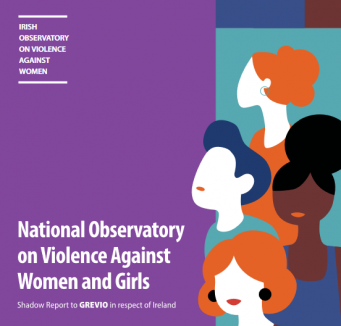 The Observatory report commends the government’s Zero Tolerance Strategy on domestic and sexual violence, but says implementation will be key. It particularly highlights the stipulations in the Convention that a gold-standard of data collection by State bodies must be established, and that a minimum of 500 refuge beds are provided throughout the Republic. Currently, there are just 319 refuge beds. The report also says significant reform of the Family Court will be needed to bring it in line with the standards outlined in the Istanbul Convention.

“It’s extremely positive that Ireland is now reporting under the Istanbul Convention. Ireland has made great strides towards fulfilling our obligations under this Convention, including through the government’s new zero tolerance strategy. Nonetheless, there remains much to be done to guarantee the effective implementation of both the Convention and the strategy.”

The Observatory finds that, because of the diversity of women affected by gender-based violence (GBV), the State must use a diversity of tools, including measures targeted at specific communities, to effectively eliminate such violence.

“Domestic and Sexual violence is no more prevalent in Traveller and Roma communities than settled. However, there are intersectional barriers that Traveller and Roma women face while accessing services and supports such as with Gardaí and the Courts. The Istanbul Convention puts the responsibility on the government to tackle this as part of its plan to eliminate GBV”.

“Disabled women are more likely to be subjected to gender-based violence than non-disabled peers, and women with intellectual disabilities are most-at-risk. Government must take an intersectional approach to this, including through obvious steps like making refuge spaces accessible to those with disabilities, and providing training on intersectional issues to justice and service providers”.

The Observatory report also finds reform of the Family Court is necessary, including by prioritising judicial training to identify GBV, and by prioritising the voice of the child in custody cases.

The GREVIO committee for monitoring the Istanbul Convention will conduct a visit to Ireland in Spring 2023.

Barry Andrews, Member of the European Parliament from Ireland and substitute Member of the Women’s Rights and Gender Equality Committee (FEMM)

Orla O’Connor, NWC Director and Chair of the National Observatory on Violence Against Women and Girls.

Eliona Gjecaj, disability advocate researching access to justice for disabled women who have been subjected to gender-based violence

Mia Döring, Author, Any Girl: A Memoir of Sexual Exploitation and Recovery