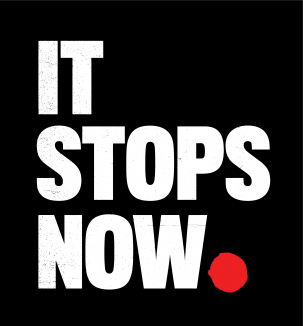 At the National workshop on consent in Higher Education, convened by Minister for Higher Education, Mary Mitchell O’Connor, in Dublin Castle today, the National Women’s Council of Ireland (NWCI) called for sustained funding for the work of the National Advisory Committee on tackling sexual harassment and sexual violence on campus that NWCI currently leads as part of its EU funded ESHTE project (Ending Sexual Harassment and Violence in Third Level Education; www.itstopsnow.org).

“We welcome the serious commitment by Minister Mary Mitchell O’Connor to tackle the issue of sexual harassment and violence on campus and to bring together all relevant stakeholders at this event today. Sexual harassment and violence on campus are unacceptable and urgent action from all relevant bodies is required to develop an effective response.  In our National Advisory Committee for the EU funded ESHTE project, NWCI has been privileged to be working with nine higher education institutions and their student representative bodies, representing the majority of the student population in Ireland, An Garda Síochána, Cosc,  the Union of Students in Ireland and specialist support agencies. We have created a trusted space where institutions and people can share their experiences and develop shared responses and policies in relation to sexual harassment and violence on campus.”

“We believe the ESHTE National Advisory Committee provides a unique model to bring the work that students, institutions and NWCI have been doing over the past years on this issue to the next level. In line with commitments made in the National Strategy on Gender Based Violence, NWCI calls on the Government to sustain funding for the work of the ESHTE National Advisory Committee to continue and expand its work once the EU funding ceases in March 2019, bringing on board all publically funded Higher Education Institutions and associated student bodies in Ireland. Only if all of us work together will we be able to ensure that women students are safe from violence and harassment on campus.“

Note to the Editors

The ESHTE project aims to prevent and combat sexual violence and harassment (SVH) and build a culture of zero tolerance in universities and higher education institutions (HEIs) throughout Europe.  The project is funded by the European Commission and the project partners are NWCI (Lead) Ireland, Mediterranean Institute of Gender Studies (MIGS) Cyprus, The Women’s Issues Information Centre (WIIC) Lithuania and Rape Crisis Scotland (RCS), UK.  The Project is also supported by the Women’s Representative, Ludwig Maximillian’s-University, Munich (Germany).

An Garda Síochána, Cosc- National Office for the Prevention of Domestic, Sexual and Gender-based Violence