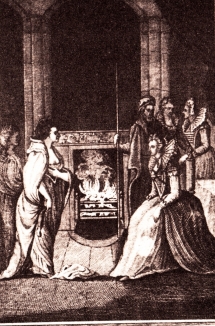 'I'm not a humanitarian. I'm a hellraiser.' So said Mother Jones, born on the northside of Cork, raised in Canada, and denounced in the US senate as 'the grandmother of all agitators' and by a judge as 'the most dangerous woman in America'.

By her own account she showed up 'wherever there is a fight' during decades of campaigning to improve the working conditions of children, miners and textile workers at the turn of the twentieth century. Her favourite maxim was 'pray for the dead and fight like hell for the living.' The inspiration for the song, 'She'll be coming round the mountain', she was a champion for the poorest workers, and her achievements included getting the minimum working age raised. She was 101 when she died in 1930.

Mother Jones is one of the women profiled in 'Mna na hEireann', a new book from Nicola Depuis which is to be launched this week in Cork. The book is fittingly prefaced by a quote from the late June Levine, whose fine account of the women's movement in Ireland in the latter part of the 20th century has just been re-issued, with a preface by Nell McCafferty. 'The big mistake to make in life is to go around asking for permission,' Levine said