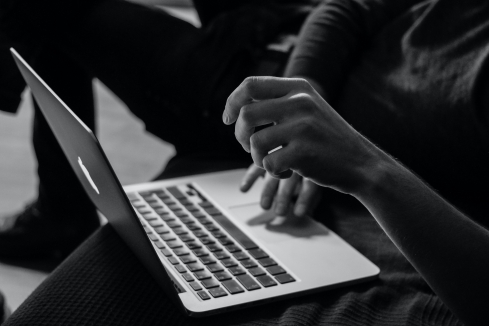 Hosting the first in a three-part series of webinars looking at social media abuse for women politicians, NWC emphasised the need for social media companies to tackle abuse more effectively but also the crucial role political parties must play in ensuring women parliamentarians feel safe in conducting their public roles.

This follows NWC’s ‘Women Beyond the Dáil: More Women in Local Government’ 2019 report by Dr Pauline Cullen and Claire McGing which reported cases of stalking, as well as racist and sexist abuse on women who ran in the 2019 local elections. Social media was identified as an area where women were subjected to high levels of abuse. Further NWC research conducted by Claire McGing this year found that 35% of women councillors have experienced sexual harassment or sexual misconduct in their political role.

The webinars will feed into NWC’s forthcoming research into how political parties respond to targeted online abuse and what safety measures and protocols they have in place to ensure women parliamentarians feel safe in performing their public duties. The aim of the research is to develop a toolkit on how parties can and should respond.

“Women continue to experience high levels of gender-based abuse and harassment in carrying out their everyday roles as public representatives.  This misogynistic and regularly also racist abuse, particularly online, is becoming an increasing barrier to women's political participation. This is a clear threat to our democracy and completely unacceptable. Political parties have a clear responsibility to ensure women politicians can feel safe in performing their duties. With this series of webinars and new research we are conducting, NWC wants to develop clear guidelines on how political parties must respond to abuse and protect women politicians.”

Claire McGing, Gender and Politics researcher and a speaker at the webinar said,

“Women candidates and politicians, in Ireland and globally, are being increasingly targeted with misogyny and sexism on social media. Black and minority ethnic women are particularly at risk of sexist and racist abuse. In 2016, a ground-breaking report on violence against women in parliaments published by the Inter-Parliamentary Union revealed that 80% of interviewees had experienced psychological abuse in connection with their political work.”

“The intent is to target women as women in an attempt to silence them as political actors.

Gender-based targeting or intimidation of women politicians is a major challenge for the functioning of our democracy, and the impact on women’s representation is two-fold – studies show that victims may decide to retire early from public life, while other women may be reluctant to go forward as candidates when they see what elected women are experiencing.”

“This problem needs to be tackled proactively by all stakeholders. At a macro level, social media platforms must play an active role in combatting online abuse. As key drivers of democracy, political parties also need to deal with this issue head-on. For instance, the UK Labour Party revised its rulebook in 2018 to include a policy on sexual harassment and another on social media usage. The recent establishment of the Irish Electoral Commission also provide a key opportunity to collect and publish high-level data on violence against women in Irish politics, make further recommendations to Government and political parties, and to educate political actors and the public on the problem.”

Other speakers at the webinar included: Caitriona Gleeson, CEO Women for Election, Michelle Maher, See Her Elected (SHE) and Bukky Adebowale, Vice-president, Equality and citizenship, USI.

This project is funded by the Department of Housing, Local Government, and Heritage.