Women Beyond the Dáil: More Women in Local Government 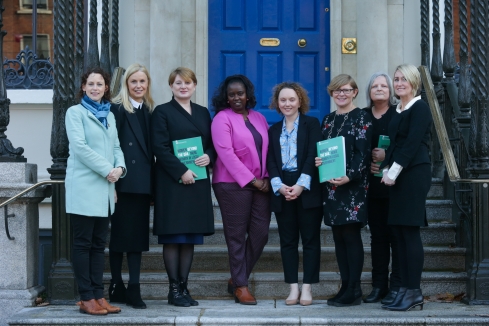 NWCI has published new research 'Women Beyond the Dáil - More Women in Local Government' which explores women’s underrepresentation in local government and makes clear actionable recommendations to address this. This research was one of the first of its kind to be done in Ireland.

Dr Pauline Cullen and Claire McGing were awarded the contract to carry out the research.  Women’s experiences were central. They designed and carried out an innovative survey inviting all city and county councilors to take part. The survey received a 20% response rate. This has the potential to be used in the future for comparative purposes as there is a gap in research into local government elections. They also interviewed a number of women who ran but did not get elected. They also spoke to organisations who are engaging in supporting women and people from more diverse backgrounds to participate in public and political life.

The research was supported by an advisory group made up of our members and friends including the Association of Irish Local Government, Next Chapter, Longford Women’s Link, Women for Election, Immigrant Council of Ireland and Akidwa.

The Minister of State John Paul Phelan responded to the findings of the research.  A number of councillors, their representative bodies and local authorities attended the launch.

It was kindly supported by the Department of Housing, Planning and Local Government.

Download a copy 'Women Beyond the Dáil - More Women in Local Government'  here.

Download a copy of the recommendations of 'Women Beyond the Dáil - More Women in Local Government'  here.