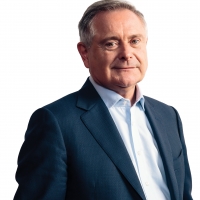 Yes, I do. I have been proud to work side-by-side with inspirational, campaigning woman all my political life. Some of those were very lonely, very tough battles.

I remember in particular being actively involved in the referendum campaigns to oppose the introduction of the 8th amendment in 1983 and the first divorce referendum in 1986. The voices of equality and compassion were defeated in both.

However, it was largely the commitment and determination of women which ensured that decades later we could revisit these issues and help build a better Ireland. That fight for equality continues today.

I have been proud to campaign to repeal the 8th, tackle the gender pay gap and promote the equality of women.

Change takes vision but also determination to see through to the end.  One important measure I was determined to achieve progress on in Government was women’s representation on State boards.

Upon entering Government in 2011 the target of 40% of women on State boards had not been achieved, often being treated as a worthy aspiration, not an achievable goal.  Labour in Government recommitted itself to meeting the target as part of an overall review of state board membership.  An open and transparent process of application and decision-making was introduced and progress towards meeting the 40% target was monitored on a six monthly.  By 2017 not only had the 40% target been surpassed, more than 50% of appointments made that year were female.

I think the economic equality agenda is now the urgent issue for women. Women are still undervalued in their careers and there are intolerable gender pay gaps in every economic sector.

I’ve worked closely with my colleague Senator Ivana Bacik to tackle this issue. Ivana’s legislation to require gender pay reporting has been frustrated by the current Government but we are both determined that this is a measure that should be enacted within the first 100 days of the new Dail.

Then we need to continue the pressure on critical issues such as childcare to ensure that women in work are treated equally.  The lack of affordable quality childcare is a major barrier to real equality at work.  Labour has a state-led solution will work.

I am also very supportive of the work that Labour colleagues such as Cllr. Rebecca Moynihan have achieved in respect of period poverty and want to see her initiative with Dublin City Council rolled out nationwide.

I am supportive of the principle of a gender balanced Cabinet.  I think a breath of fresh air like that which followed the recent victory of Sanna Mirella Marin in Finland and the composition of her cabinet would be very welcome in Ireland.

However, gender on its own is not a guarantee of a real progressive commitment.  I would urge voters in this election to support candidates committed to equality, social justice and fairness.  That commitment often transcends gender.  It about political values and belief.  I am proud to lead a party of women and men that cherishes its commitment to equality.