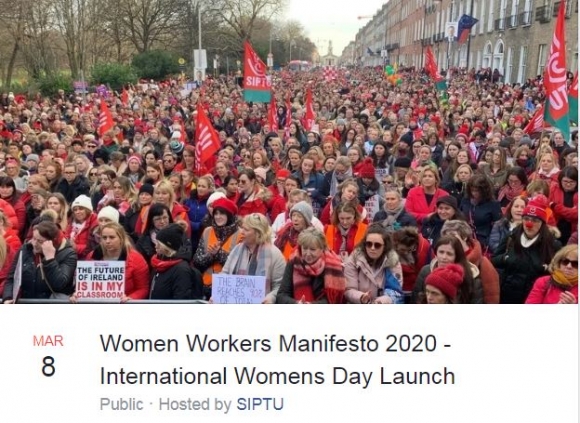 3:00pm - Film - ‘Naila and the Uprising’. A special IWD screening of the highly acclaimed Palestinian documentary film followed by a discussion and Q&A with the film’s producer Rula Salameh in the Liberty Hall Theatre.

The film chronicles the remarkable journey of Naila Ayesh and a fierce community of women at the frontlines whose stories weave through the most vibrant, nonviolent mobilisation in Palestinian history - the First Intifada in the late 1980s.

The film is jointly hosted by SIPTU and the Ireland-Palestine Solidarity Campaign as part of SIPTU’s International Womens Day celebration and IPSC’s series of events to mark Israeli Apartheid Week.

Film will be followed by a Social in the Cois Life Bar until 7:00pm.