Violence Against Women: An Issue of Gender 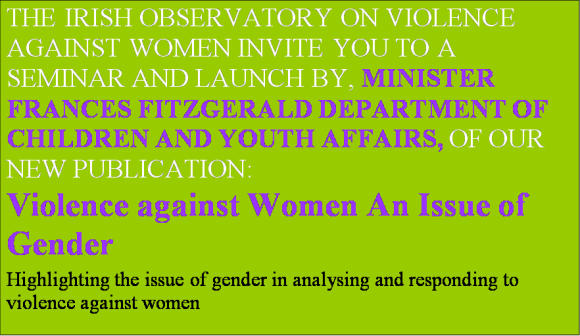 The document is being launched by Minister for Children and Youth Affairs, Frances Fitzgerald, during the 16 days of action, part of a European wide strategy to highlight the need to implement the Convention.

There will be a panel discussion, chaired by Justine McCarthy, journalist. Speakers on the panel will include Greg Heylin, Director, COSC; Jim Clarken, CEO, Oxfam; Margaret Martin, Director, Women's Aid.

A light lunch will be provided.

Supported by the HSE and the European Women's Lobby.